Despite the ongoing challenges facing the Japanese economy since the infamous bubble burst at the beginning of the 1990’s, it remains one of the world’s largest economies. Japan used to have the second-largest GDP in the world until China overtook it in 2018.

The Japanese GDP shrunk by 27.8% in the April-June quarter of 2020. Economists are arguing the details, but the most undeniable factor is the COVID-19 crisis. In March 2020, the Japanese government requested a nationwide lockdown which led many small businesses to close their doors. Economists argue that the Japanese economy was already struggling when the consumption tax hike was implemented in October 2019, which increased the consumption tax to 10%.

KOCHI, our digital marketing agency in Japan, looked into the demand change in the Japanese economy following the COVID-19 crisis by researching search volumes — a dataset that indicates how people searched on search engines such as Google. Search volume shows what keywords were used by Japanese people and so we can get an idea of what is in people’s minds. With this research, you will see what demands are surging in the Japanese market.

How We Researched and Why Search Volumes Matter

Google publicly shares the data that shows what keywords were searched by users to help advertisers identify what keywords to target in advertising for their audience. But how do you find these relevant keywords? Keyword Planner, the tool officially provided by Google, will help you plan there.

Let’s do a quick exercise to understand keyword volume. For example, “害虫駆除,” a pest control service in Japan, had a search volume of 5000 in the summer season, and had 500 in winter. The query was searched more often in summer than winter because there were more insect issues in summer — you can get the idea that you should run most pest control advertisements in summer.

By looking into the search volume changes, you can get an idea of how the market is changing and what demands are happening in the market. Now, we will look into some keywords that are related to the COVID-19 crisis to figure out the demand change in the Japanese market.

According to the Japanese Food Service Association, Japan has a 25 trillion yen food service market.

With the COVID-19 crisis, delivery and takeout demands had been surging, particularly in April and May — around the time that the Japanese government declared a national emergency and requested many businesses to close. The chart above indicates that the demand and market size of delivery and takeout related queries were changed since the COVID-19 pandemic started, around March 2020.

Compared to 2019, the demand had surged until May 2020. This indicates that if such a state of emergency is declared, people will start searching for delivery and takeout services to enjoy their meals at home during lockdown. It also indicates that even though the demand dropped in June, it is still 2 or 3 times bigger demand than what it was in 2019.

According to stats published by the Japanese government, the unemployment rate was 2.4% in 2019 on average. Since May 2020, it has been around 2.8 – 2.9% — apparently, people are losing jobs more than last year. We looked into unemployment coverage related queries because they are the actual indicator to show if people are losing jobs. You need coverage until you find another job so you search for how to be covered and how much you can get.

One of the important things that happened worldwide during this COVID-19 pandemic is the drastic work style change among office workers, notably as a remote workstyle became more trendy in the world, including Japan. Here we can see a huge spike in those “remote” related queries.

Following the need to change to more sedentary behavior to avoid COVID-19, there are more people who are searching for streaming services such as Netflix and Amazon Prime. Also, more people are searching for video games including PlayStation, Switch, and Xbox. There is higher demand for at-home entertainment as the chart above shows.

People are worried about being infected by the Coronavirus. Here is the chart that shows that people were searching for cough symptoms, which is one of the major symptoms of COVID-19. As you can see, a lot more people were searching in May and April, when Japan faced the first wave of infection and declared a national emergency.

According to an article by The New York Times, home sales in suburban counties had high demand.

There was a 44 percent increase in home sales for the suburban counties surrounding New York City when compared with the previous year. The United States is experiencing more demand for house purchases in rural areas due to people avoiding COVID-19 and the increase in remote work options.

New Yorkers Are Fleeing to the Suburbs: ‘The Demand Is Insane’ – The New York Times

Here in Japan, a similar thing is likely happening. There are more people searching for home purchases compared to 2019, notably in May.

Prime Minister Suga replaced Abe, former Prime Minister in September 2020. One of his initiatives has been the digital transformation (also called “DX”) of government administration. Following the COVID-19 crisis, many in the Japanese private sector are also trying to digitalize their acquisition channel and so more people are searching for ways to implement digital transformation into their marketing strategy.

Although there is a significant Gross Domestic Production loss in Japan since the COVID-19 crisis, there are also opportunities in many high-demand markets. It is not easy for businesses to follow market changes, but businesses that adjust themselves to what the consumer wants are likely to survive this crisis.

Some companies, such as Zoom, took a ride on this big wave. With the right digital marketing strategies, a business can overcome the COVID-19 crisis and grow more than before by following consumers’ behavioral changes. 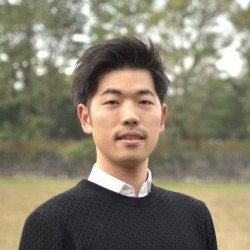 Koki Hayashi
Co-Founder at KOCHI
Koki had been a co-founder of a startup for two years, then he accepted a position as a web marketer with a focus on search engine optimization and content development at DeNA, one of the largest online gaming companies in Japan. He also worked in Zehitomo as growth hacker, a startup providing an online platform for local businesses. He successfully hacked their growth which made it possible to raise Series B funding in three years.

This website uses cookies to improve your experience while you navigate through the website. Out of these, the cookies that are categorized as necessary are stored on your browser as they are essential for the working of basic functionalities of the website. We also use third-party cookies that help us analyze and understand how you use this website. These cookies will be stored in your browser only with your consent. You also have the option to opt-out of these cookies. But opting out of some of these cookies may affect your browsing experience.
Necessary Always Enabled

Performance cookies are used to understand and analyze the key performance indexes of the website which helps in delivering a better user experience for the visitors.

Analytical cookies are used to understand how visitors interact with the website. These cookies help provide information on metrics the number of visitors, bounce rate, traffic source, etc.

Advertisement cookies are used to provide visitors with relevant ads and marketing campaigns. These cookies track visitors across websites and collect information to provide customized ads.

Other uncategorized cookies are those that are being analyzed and have not been classified into a category as yet.